This work was produced for the 2009 Arctic Circle expeditionary residency program organized by the U.S. Farm Foundation for the Arts & Sciences (FFAS). The film was shot on location in Spitzbergen, Norway and in Taipei, Taiwan.

In October of 2009, our group of artists and scientists set sail for the island of Spitzbergen, where each of us embarked upon our specific projects and research plans. On the tossing nighttime voyage I wonder just what I can discover in these extreme and alien conditions, and whether or not I can uncover the “invisible system” within this environment. For me, it is as fleeting and impalpable as the living organisms in the arctic climate. Rather than trying to respond to the effects of global warming – there is really little we can do – it’s better to scoop up a piece of floating ice and savor its temperature and taste, or stand at the front of a glacier and imprint a silhouette in the ice with the heat of your subtropical body; in any case, the most difficult thing is to interpret from an artist’s point of view the environmental problems scientists are working to resolve. Coming ashore we often see the paw-prints left by roaming polar bears and snow foxes the night before, and I think about how hard it will be for us outlanders to find the appropriate means of interposing ourselves in this place – a sailboat loaded with food and water bearing a group of people brimming with hope and curiosity, who are trying their utmost not to disturb the environment or provoke a polar-bear attack as they carry out their scientific and creative projects – suddenly, this strange scene flashes before my eyes, leaving me with a sense of the utmost absurdity.

Cut off from manmade urban environs, we are like a task force sent out by humankind. In the community of this tiny cabin we are still bound by the resources and social activities of the city; outside the cabin, the fierce and predatory natural world is changing, but within the protection of this fragile membrane all is quiet and serene. Our reliable knowledge and survival skills hold this community together. As our tour guide repeatedly exhorts us to abide by the rules to prevent tragedy, I quickly discover that knowledge and skill are our first and last lines of defense in this polar region, and that the borderline between safety and danger is always just underfoot.

Here, extreme environment doesn’t merely refer to latitude and climate; to a greater extent it is learning the process and method of interacting with this region. But it’s really going too far to say that we can truly interact with this place. Mother Nature long ago relegated us to the most superficial segments of the environmental world, and it is still too early for us to engage the arctic hand to hand – one doesn’t need courage to cross this boundary, but luck is absolutely necessary, yet that also means that an ungraspable unknown is fast approaching. I wonder where, aside from the influence of collective human activities on this region, are the opportunities for artists to come to terms with this polar environment? Take a few snapshots or pack a couple snowballs? Bring our urban games here and feel that in this way we are building a bridge between the two worlds? We are only shadows cast by the polar twilight, awaiting the next blizzard that will erase all traces of our passing. And who, finally, will be the one who creates these different forms of works, and in what way will the environment give us feedback?

Perhaps the expedition in its entirety will show us that Spitzbergen, this polar island, is a mirror following the path of the voyage, reflecting the hopes and disappointments in the hearts of each of the voyagers, intermittently revealing the values of human civilization set against the indistinct contours of this icy region. We test our limits with our most closely held convictions, collecting material from among the sparse environmental resources to support the framework we are constructing here, striving to maintain its structural integrity as we await the coming of the next arctic summer with its nearly undetectable variables and changes.

Nevertheless, before the twilight fades into long arctic winter night, this tiny community of artists and scientists remains full of vitality, each of us attending to the work at hand. On Mother Nature’s majestic stage, we embrace romanticism and enrich ourselves with inspiration! 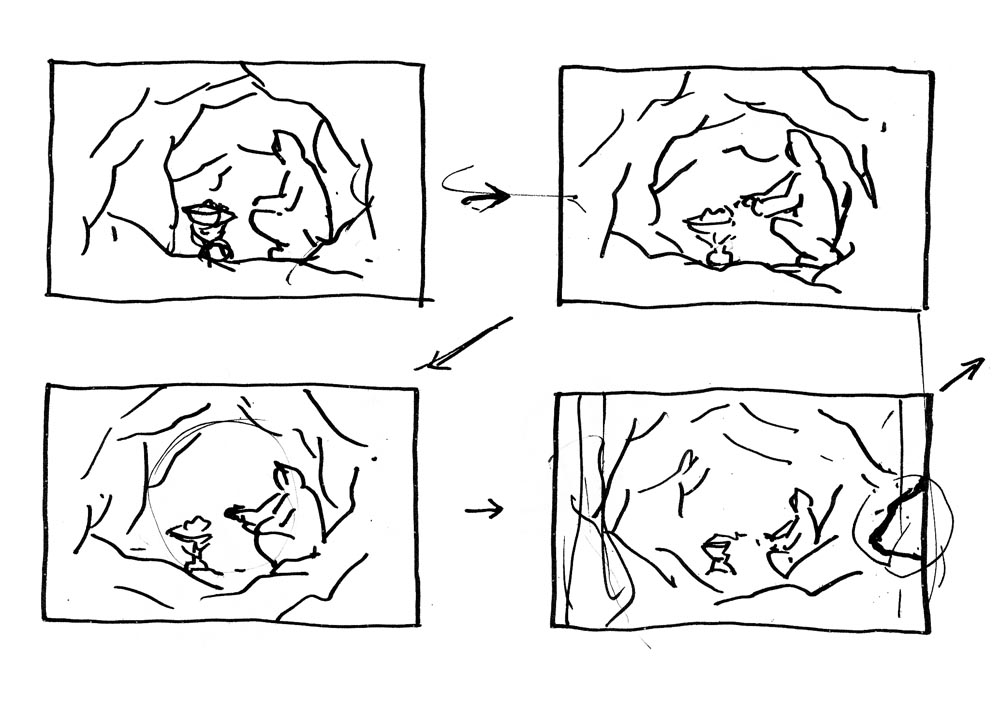 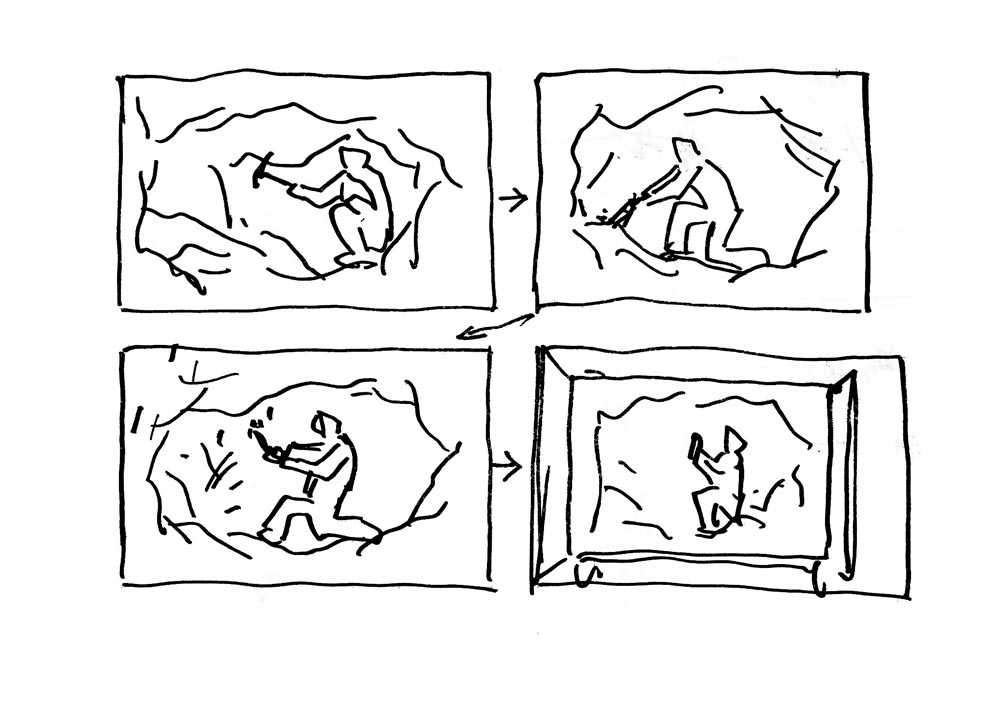 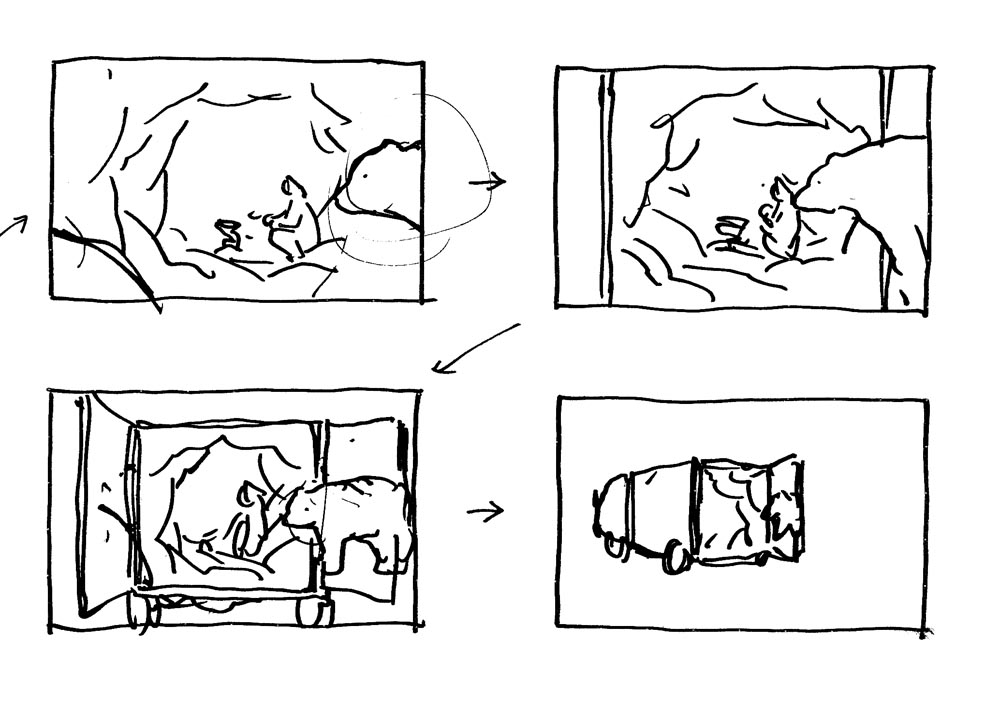 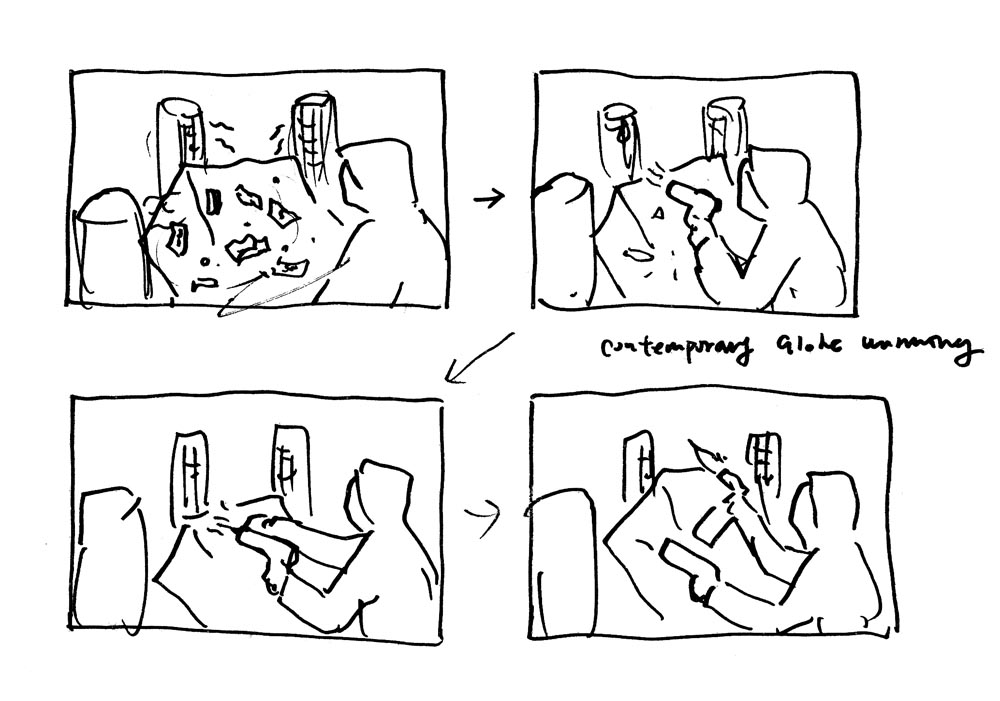 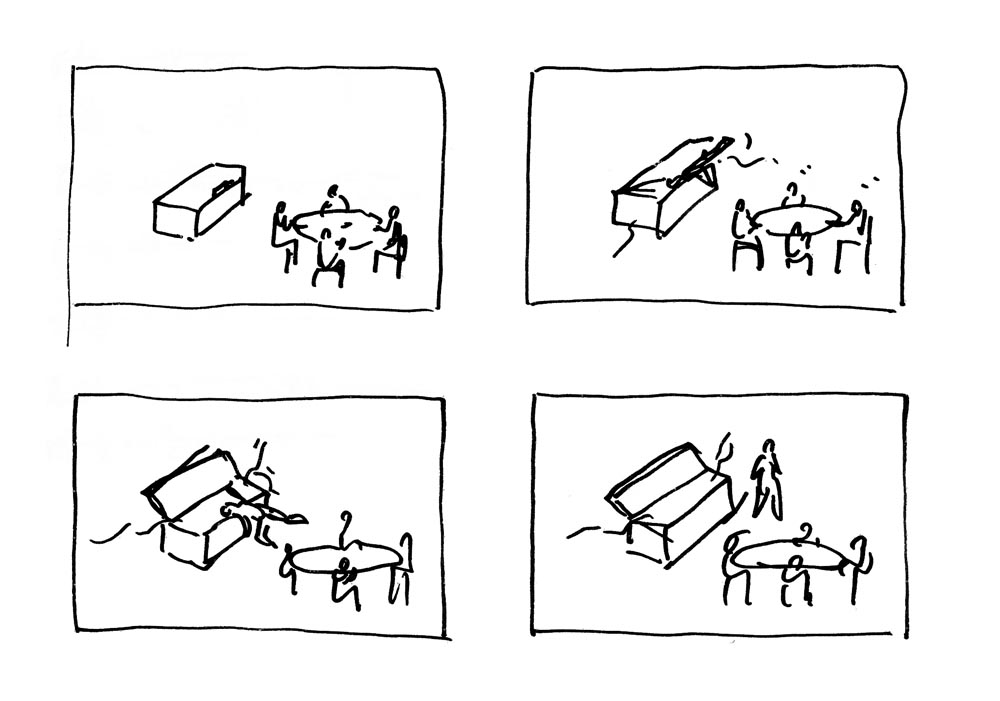 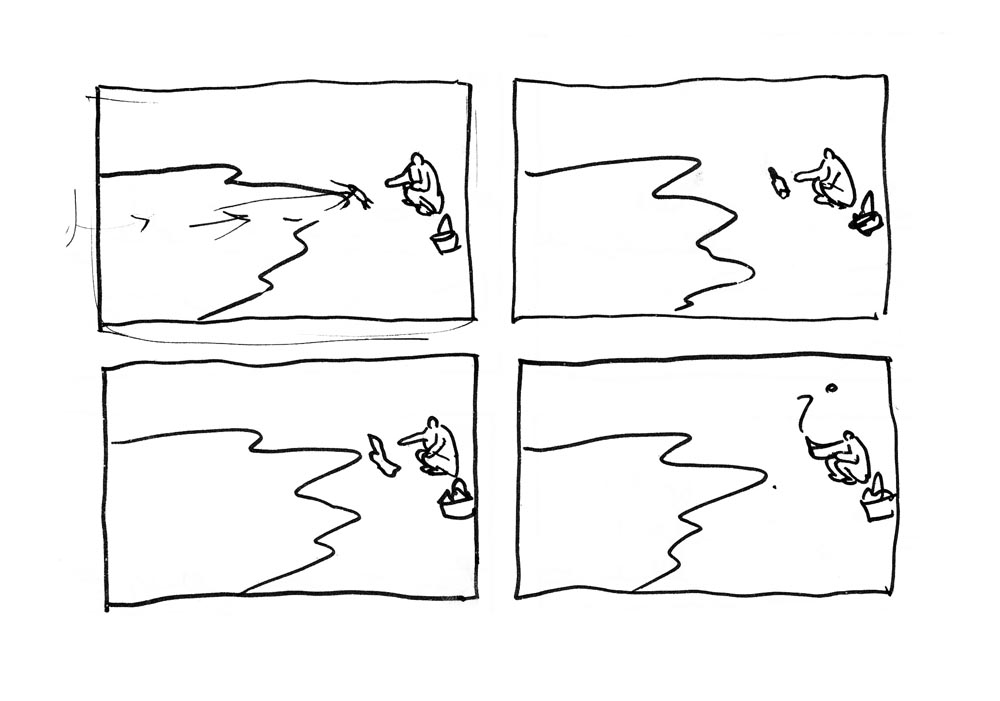 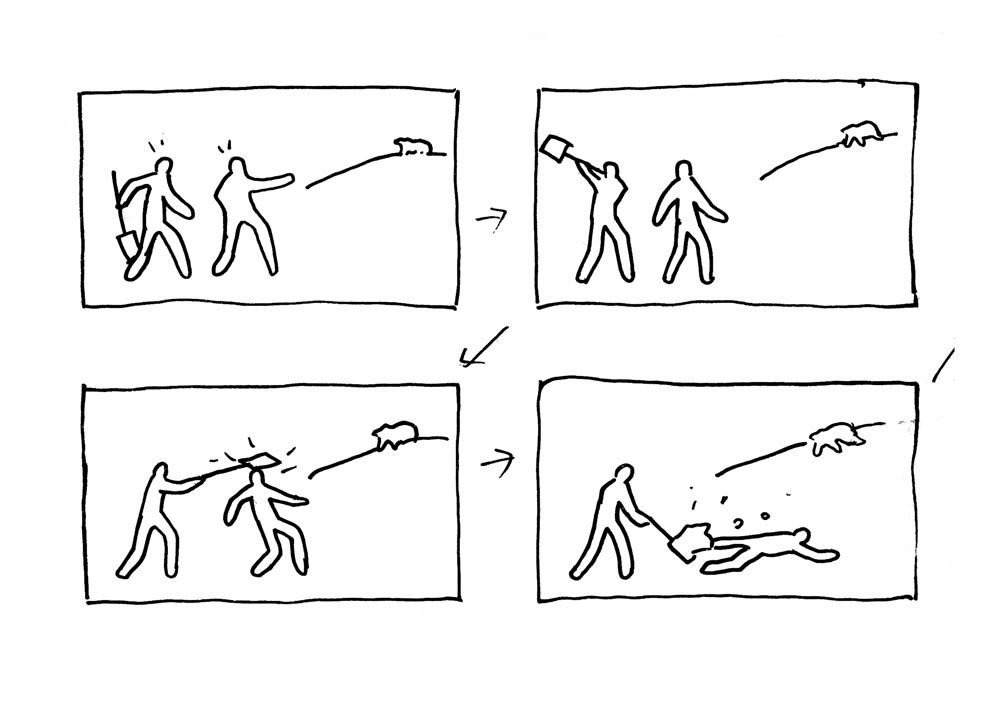 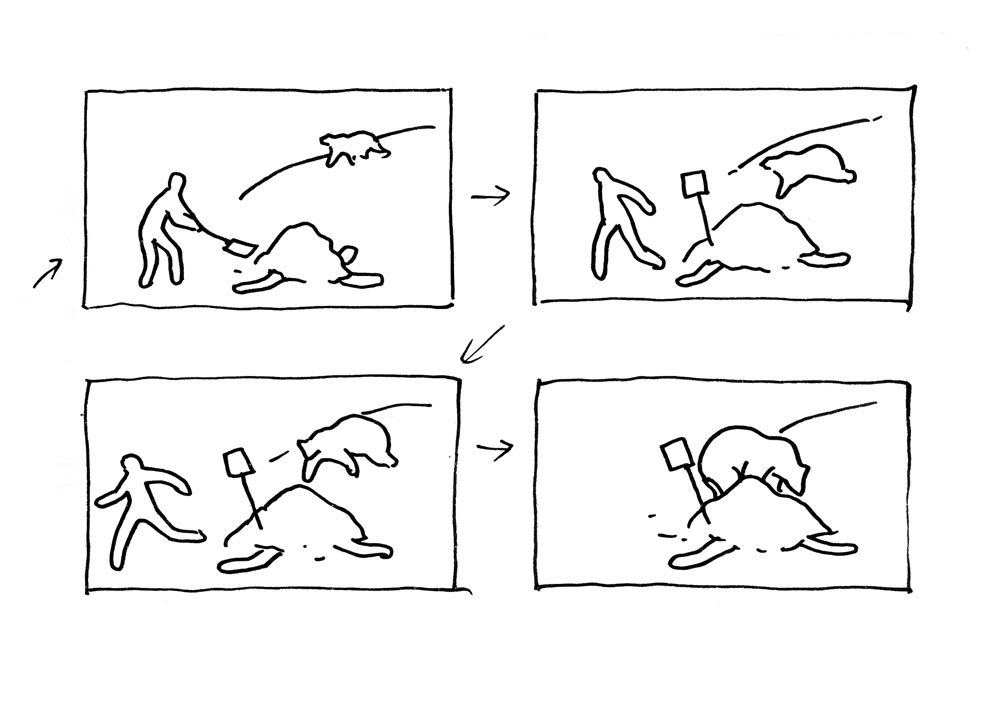